I wanted to cook something Belgian, but their cuisine is not as extensive as I imagined, more likely because there dishes can be found in cuisines of nearby, bigger, countries as well. I picked Rijstevlaai, a rice pie, something that appears in Dutch and German cuisines too. As wikipedia says that Rijstevlaai is native to Verviers, a town in Belgium, I would consider it a Belgian dish.

We all know (and love) rice puddings and pies, but, until I found this recipe, I had no idea one can combine these two to make a dessert. I did enjoy it, is tasty and different. I would like to make it again, but I would use more flavours, as I think is a shame to have amazing flavours in the kitchen and not use them.

Another thing that was puzzling for me was the recipe for the pastry, it had yeast in it. My go-to pastry casing recipe is the standard: flour, butter, 1 egg, and a bit of sugar. I did like the pastry with yeast, but, for me, it will work better in a savoury dish. Of course, I will use it again for the next time I’m making Rijstevlaai.

Ingredients for 4 servings of Rijstevlaai pie:

Make the dough because it will take time for it to rise. Put the flour, sugar, and butter in the bowl of the stand mixer. Make a well and put the yeast in the middle of the well. Pour the warm milk on top and start kneading with the mixer. Knead for 5 to 6 minutes. Oil a bowl and put the dough in it, cover it with cling film. Place the bowl in a warm place and leave it to rise for one hour.

When the dough has risen and the rice is cold, make the pie. Dust the worktop with flour and thinly roll the pastry. I’ve used the 2mm adjustment for the rolling pin. Oil the baking tray and put the dough in the tray. Tap it with your fingers, so the dough covers neatly the tray. Cut the excess dough by rolling the rolling pin over the top. Prick the dough with a fork

Now is time to make the filling. Put the egg yolk in a bowl and add the sugar, mix until is pale and fluffy. Add 2/3 of the rice and mix. Put the egg mixture in the pastry casing. 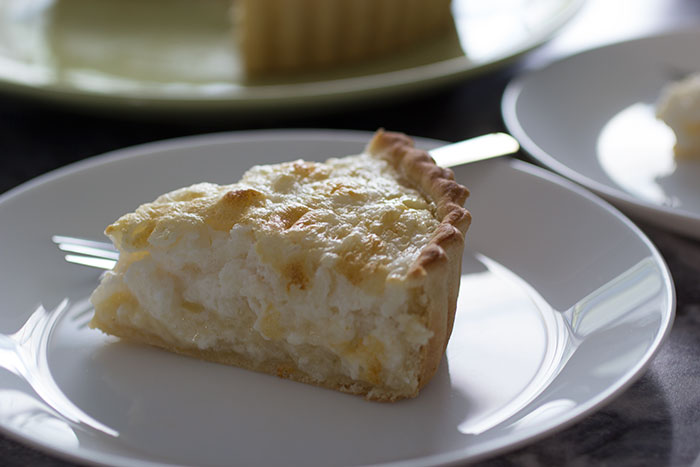 You can decorate the pie with whipped cream and shavings of chocolate. I didn’t think it was necessary, maybe I’m going to do that next time.

Have you ever had Rijstevlaai before? 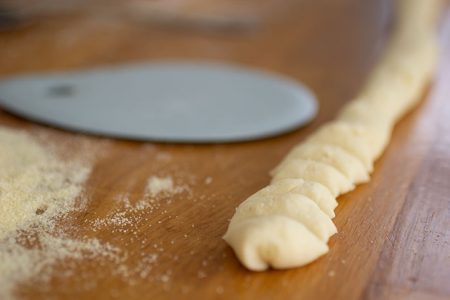 Christmas tree stands proud with all our gifts und